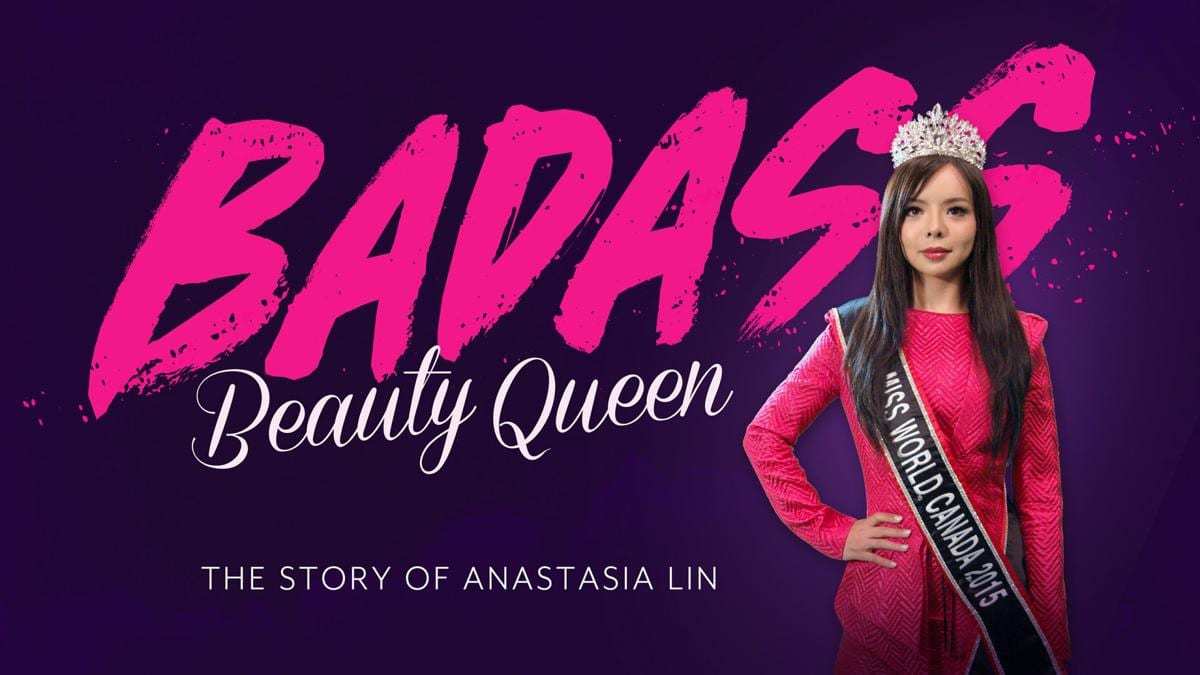 At the University of Washington, students were treated with a screening of “Badass Beauty Queen” which tells the story of Anastasia Lin, an actress and human rights activist who decided to use beauty pageants as her platform to share an important message.

The smell of Chinese food wafted through Smith Hall as attendees filed in, anticipating an inspiring evening.

On Thursday at 6 p.m., the ASUW Asian Student Commission (ASC) and the UW Jackson School Student Association (JSSA) partnered to host a screening of the film “Badass Beauty Queen.”

The film tells the story of Anastasia Lin, an actress and human rights activist who decided to try to use the world of beauty pageants to spread an important message.

“I have been waiting for the opportunity to have a screening,” Eva Fu said. Fu, a UW student, came up with the idea for the screening.

Lin grew up in China and moved to Canada when she was 13 because her mother, a university professor, wanted her to grow up somewhere where she was free to express herself. Lin was raised to never question the communist government and its extreme involvement in the lives of its citizens, even as the government convinced Chinese children that it loved them more than their own parents did.

Lin’s work as an actress put her in contact with survivors of terrible human rights abuses in China, and she quickly took it upon herself to become an outspoken activist against the Chinese government’s abusive practices. In particular, she wanted the world to know about the torture and murder of thousands of practitioners of Falun Gong, a spiritual movement concerned with self-realization and meditation.

Lin first competed in the pageant in 2013 but did not take the crown. However, she didn’t give up and competed again in 2015, this time winning the title of Miss World Canada. She immediately made headlines, and in China, they praised her accomplishment.

The Chinese media quickly began singing a different tune though when they did some research on Lin and discovered her outspoken criticism of the Chinese government.

Soon the Chinese government was threatening Lin’s father, who still lived in China, over Lin’s activism. Lin even became a “persona non grata” in China, meaning she was barred from entering the country.

Through it all, she has stuck to her beliefs and continued to speak out about China’s human rights violations, including the systemic involuntary organ donation of prisoners of war and prisoners of conscience.

“She’s such an amazing woman,” Ashley Sawyer, a member of JSSA, said.

After the film screening, the audience was treated to a live Skype chat with Lin and were allowed to ask her questions ranging from what she thinks young people today can do to stand up for what they believe in to what her favorite flavor of ice cream is (warm gooey brownies with vanilla ice cream on top).

“It is not easy to make this choice or even to keep making this choice, but [it] is so worth it,” Lin’s website states. “It is the only way to live and the right way to live, and we should encourage it in one another.”

This was originally published in The Daily of the University of Washington.