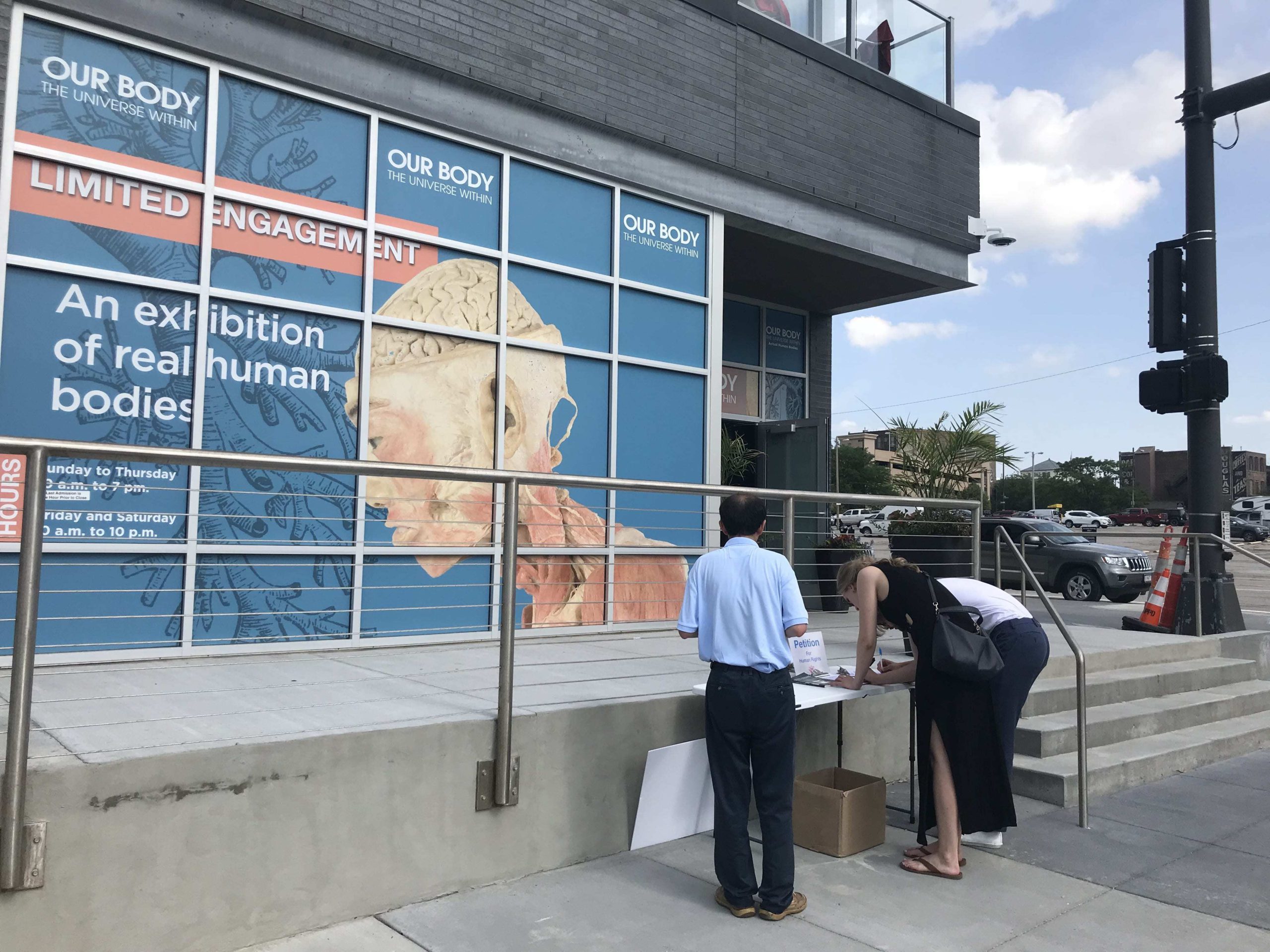 In Nebraska, Falun Gong practitioners protested the Our Body: The Universe Within exhibit, which showcases the inner workings of human anatomy with real preserved bodies. Investigators have raised concerns that the bodies are being heavily sourced from China, which means they likely come from unethical sources, including murdered Falun Gong practitioners.

Many of the people who came to see the exhibit signed the petition and thanked them for raising awareness about this important issue. Some even asked for a refund.