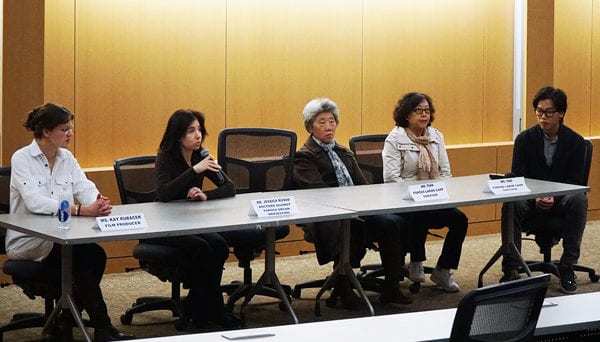 An award-winning documentary produced by American public broadcaster PBS (Public Broadcasting Service) was screened at Temple University in Philadelphia, uncovering one of the horrifying crimes of our time: forced live organ harvesting.

On November 8, the International Health Organization and the College of Education partnered together to present “”Hard to Believe,” a documentary investigating issue of forced live organ harvesting from Chinese political prisoners by physicians and the response – or lack of it – around the world.

Medical students, doctors and professors from Lewis Katz School of Medicine welcomed as well as was shocked by the issues raised in the film.

Manish Garg, Assistant Dean for Global Medicine and an emergency medicine professor, was one of the first to come up with the screening idea. He said that the film inspired him to make positive changes, which was why he decided to join DAFOH.