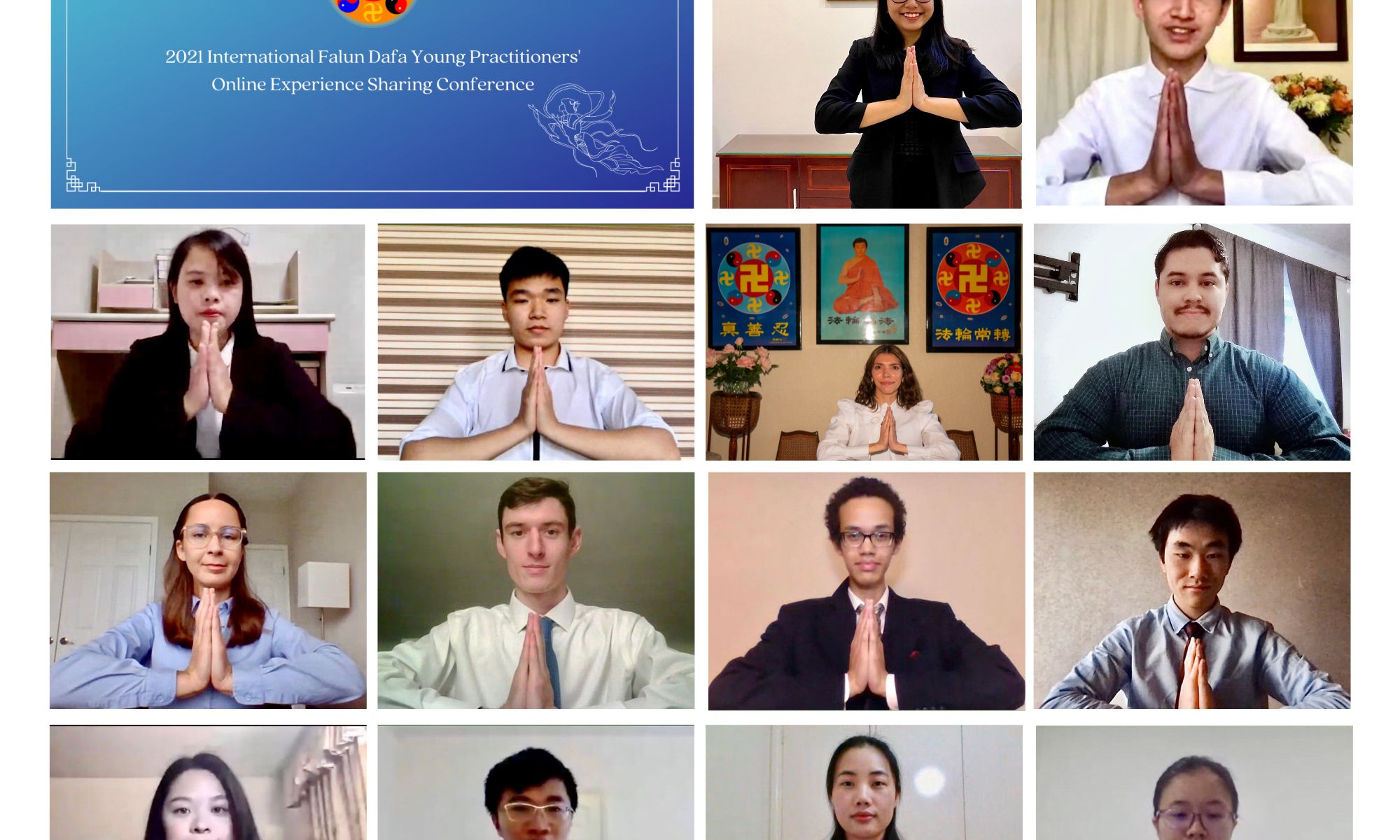 Vietnamese Practitioner on Memorizing the Fa

Hoa is a Vietnamese practitioner living in Japan who began cultivating Falun Dafa in 2017. In the beginning of her cultivation, she was diligent in studying Zhuan Falun and the supplemental lectures daily, but as she got busy with her career and family, she barely had time for Fa study. When she noticed that she developed issues with her health and that her family was opposed to her practicing Falun Dafa, Hoa looked within and enlightened that this was a result of her not studying the Fa well. Strengthening her resolve to improve in Fa study, she decided to sleep less and begin memorizing Zhuan Falun every day.

“Throughout the process of memorizing the Fa, I have enlightened to the fact that no matter how many times we have memorized the Fa by heart, we should always keep our heart as if it was our first time,” she said. “I still read every single word and sentence carefully, and only after having memorized one do I move to the next one. In this way, every day I feel the joy of studying the Fa and enlightening to new Fa principles.” Currently, Hoa is memorizing Zhuan Falun for the third time.

Michel, a 14-year-old young practitioner living in Kenya, started diligently practicing Falun Dafa in February 2021. To do the exercises each day before school, Michel wakes up early at around four or five in the morning. With his family, Michel reads one lecture of Zhuan Falun a day, memorizes one paragraph of Zhuan Falun a day, and reads the supplemental lectures on the weekends. Currently, Michel is memorizing Lecture Four. After Michel began cultivating diligently, he eliminated his attachments to video games and food, and he holds himself to the principles of Zhen-Shan-Ren during conflicts and in daily life. Michel also clarifies the truth about the persecution of Falun Gong to his classmates, neighbors, and people on the streets. Michel’s close friend also began practicing Falun Dafa after Michel showed him the exercises.

“Before I practiced Falun Dafa I often became angry and frustrated with my family and friends in school,” Michel said. “Now that I am a Dafa disciple, I do not get angry or frustrated even when I face tribulations. I know that tribulations are to improve my xinxing, relinquish human attachments, and lose bad things. I feel much happier, and I know being a Dafa practitioner is a different kind of happiness. It is closer to true happiness. Dafa has helped me find true peace and my true self.”

16-year-old Jacky from Switzerland began diligently cultivating Falun Dafa in late 2020. Early this year, he began consistently studying the Fa, sending forth righteous thoughts, and doing the exercises for an hour every day, and whenever he has the opportunity, he goes out to clarify the truth. In his daily life, Falun Dafa has helped Jacky remove grudges and hidden resentment towards other people. Jacky helps tutor his classmates, and found that he often became very impatient with one classmate in particular who did not pick up on class material quickly. Jacky realized that as a Falun Dafa practitioner, he should look inward unconditionally. This helped him quickly remove any resentment or bad impressions he had and always maintain a compassionate mentality towards this student during tutoring sessions.

Jacky often handles house chores and physically demanding work at home, and he unknowingly developed arrogance in his heart. Whenever his housemate did something wrong, he would seize the opportunity to criticize her in a harsh tone. After reflecting further on the Fa, Jacky realized this was wrong.

“I started to change my way of talking with her. I will still point out her wrongdoings, but Dafa looks at one’s heart. If I’m pointing out faults for the sake of scolding her, then that thought is wrong. If I’m pointing out something wrong for the sake of helping her, however, then she tends to be more receptive and the result tends to be better too. After changing my tone of speaking with her recently, I’ve found that our interactions have become much more harmonious.”

Nam, a 20-year-old university student in Hungary, started practicing Falun Dafa in 2018. Before he cultivated, he frequently went to the gym and took supplements to build muscle and improve how he looked. This resulted in his body being overtrained and in poor condition. After studying the Fa further, Nam realized that the intention of showing off and acquiring an attractive body were both human attachments.

“Furthermore, humans have to go through birth, illness, old age, and death, so this body and life that I have, be it now or later, are not permanent,” Nam wrote. “I then decided to choose the path of cultivation and return to my original true self, instead of working on this mortal body.” Nam decided it was a better use of his time to clarify the truth or study the Fa.

Later, Nam developed a swelling and itching skin condition on his face that grew larger over time. After studying Master’s supplemental lectures, Nam realized that he needed to look deep within and truly cultivate without seeking external solutions. He realized that although he had stopped going to the gym to work out, he had not truly given up his fundamental attachment to appearance, and the tribulation had prolonged for months in order to help him do so.

“With regard to physical appearances, I enlightened to the fact that the human body is subjected to aging, so no matter how good I look now, beauty wouldn’t last forever. It is about the inner beauty – my xinxing that truly makes me a beautiful person. After I removed this fundamental attachment, my skin condition finally began to disappear and everything returned to normal.”

An Argentina practitioner, Naty, used to practice Falun Dafa with her mom when she was younger but left the practice as she grew older. Competing and struggling for self interests in ordinary society, she felt lost until she remembered that only Dafa could help her.

Naty wrote, “So, one night while everyone was asleep, I decided to talk to Master. With great pain in my heart and eyes filled with tears, I asked for forgiveness for letting myself be carried away by the temptations of the world and affirmed my wish to truly cultivate myself and return to Dafa. The next day when I woke up, my body had been completely cleansed. All my limbs ached, and I could hardly speak. I knew this was a sign that Master had heard me and had saved me again.”

After returning to Falun Dafa, Naty had been working for the media for seven years. In 2017, her coworkers were working on a project to clarify the truth about Falun Gong that she was not a part of. She developed jealousy and resentment to those practitioners and distanced herself from the one body of practitioners. This persisted for months until one day she experienced demonic entities feeding her heart of jealousy. Naty enlightened that the attachments of jealousy and resentment were not her true self, and she became determined to expose those attachments, along with strengthening her righteous thoughts to eliminate them. Naty enlightened that jealousy and resentment interfered with the one body of practitioners.

“All practitioners belong to the one body of Dafa disciples. Master arranged it this way, and no one piece can be missing. If we have negative thoughts and jealousy among us, doesn’t this create a division and separation in the one body,” Naty wrote. “We must walk together in the same direction and stand together to form one body.”

Angela is a graduate student in the United States and has been organizing Falun Dafa meditation workshops at her school for the past three years. Because Angela was the only practitioner at her school and she had heard stories of other Falun Dafa clubs receiving pushback, she had some fear in her heart when she first began. A local practitioner helped remind her that the people at her school were perhaps once gods who came down to this Earth and chose their specific school because they knew Angela would be their only hope to be saved. This helped strengthen Angela’s will to start a Falun Dafa club and reach the broader campus community.

Throughout the club activities Angela helped organize, she found there were always opportunities to remove a new layer of her attachment to fear. She also found that her truth clarification efforts are directly related to her cultivation state.

“Sometimes when organizing larger events, I tend to focus too much on the logistics for the event and not focus as much on my own cultivation,” Angela said. “In the movie screening promotion, it became very clear to me that when I was diligent with Fa study, a few emails opened new avenues for the movie promotion; whereas if I slacked off in my own cultivation, I wouldn’t get any reply after sending many emails.”

Madalina moved to the United States in 2020 and began to cultivate during the start of the CCP Virus pandemic. As she began to study Master’s supplemental lectures around the world, she understood the importance of clarifying the truth and began to do the exercises outside her apartment complex. This helped Madalina discover attachments she harbored such as validating herself instead of Dafa, as sometimes she would feel good when people complimented the lotus flowers she made, or when she had thoughts of being “cool”, “smart”, or “wise” because she meditated in public. Madalina also recognized that she had certain notions and negative thoughts regarding clarifying the truth about Falun Gong to mainland Chinese people who were influenced by the Communist Party culture. Once she recognized these attachments and notions, she readjusted her mentality and aligned herself with Truthfulness, Compassion, and Forbearance.

“I would clarify the truth out of fear instead of from compassion for other sentient beings. This led me to be dragged into conflicts about politics and different topics about society, and I was not doing any good in clarifying the truth, especially with my husband. From these experiences, I eliminated the attachments of resentment, anger, jealousy, sentimentality, and notions like wanting to only be around people who agreed with my views,” Madalina wrote “I adjusted myself and eliminated all that was not aligned with Truthfulness, Compassion, and Forbearance. I also better understood that as Dafa cultivators, we are not here to change history, but instead to wake up sentient beings’ consciences.”

Practitioners Who Attended Felt Inspired and Motivated To Be Diligent

Practitioners who attended the online experience sharing conference were thankful and commented that the young practitioners’ sharings were very righteous, sincere, and touching: “All the experiences shared moved me to tears. I could feel their energy and could connect [to them] more deeply…It has inspired me in multiple and endless ways. First and foremost it made me reflect on how diligent we practitioners need to be given its the last leg of our journey. It made me look within and realise so many attachments related to selfishness, laziness, lust and desire, jealousy, competitiveness and so many more.”

The purpose of this conference was to connect young practitioners around the world during the Chinese Communist Party virus (coronavirus) pandemic and encourage one another to be more diligent in cultivation as well as in clarifying the truth about the persecution of Falun Gong to more people. The conference was held in four languages simultaneously as more than 500 practitioners from over 20 different countries around the world listened to the experience sharing articles in Chinese, English, Spanish, and Vietnamese.