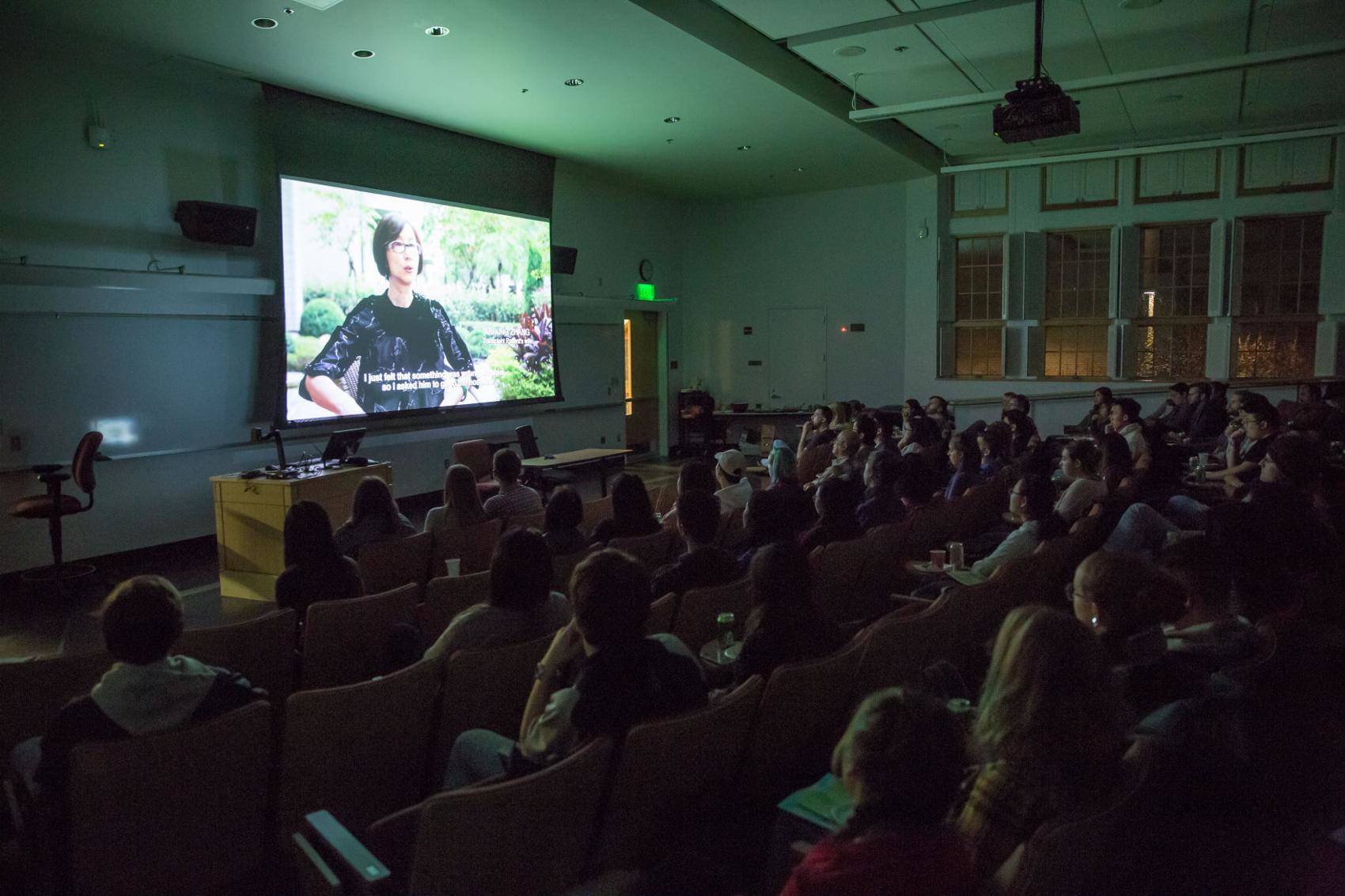 On Nov. 9, the Partnership for Community and Diversity (PCD) and the Jackson School Student Association invited the public to join the two organizations, along with Canadian director Leon Lee, in viewing Lee’s Peabody award-winning documentary, Human Harvest.

The two co-hosts for the event were Cheryl Yu, an MPA student at the Evans School of Public Policy and Governance, and Liz Harding Chao, the co-chair of PCD.

“I volunteer with the International Rescue Committee and they resettle refugees into Seattle,” Chao said. “They resettled a Chinese family of Falun Gong practitioners who fled China. Cheryl and I wanted to do this project. She recommended the film Human Harvest. It all kind of linked together: my personal experiences with this family that I was helping and Cheryl and my work on human rights.”

Human Harvest displays the work of fellow Nobel Peace Prize nominees, David Matas and David Kilgour, who discovered the truth behind the illegal organ trade that takes place within the country’s borders and the target that is put on Falun Gong practitioners.

The film puts into question how China, a country that previously lacked any organ-donation system whatsoever until as recent as 2010, has become the destination people now rely for a quick kidney transplant or a new liver in less than a week.

Lee, an award-winning filmmaker and founder of his own production company, Flying Cloud Productions, creates content with the goal to entertain as well as to inform audiences around the world about the social injustice experienced in China regarding issues such as the organ trade controversy.

“The least we can do is raise awareness,” Lee said.

Some of the production company’s other popular works based along the lines of the same subject include The Bleeding Edge, a film based on a true story, and Avenues of Escape, which follows three female Falun Gong practitioners trying to find freedom from a communist society.

Lee not only attended the screening, but also sat alongside Eva Fu, a fellow UW student and Falun Gong refugee, for a Q&A after the viewing to discuss his work and the impression it has made worldwide.

Fu was willing to share her own personal experiences with the audience about what it was like to live in China and identify as someone who practices Falun Gong while this social injustice takes place.

“You can’t really escape from it when you’re in [that] environment, when you’re immersed in it,” Fu said. “You are reminded everyday that you are a little bit different from others.”

In regards to what we as an American society can do, Fu expressed how effective it could be to simply reach out to others.

“It seems like an incredibly hard thing to achieve when it’s so systemic and when it’s so organized and when it’s backed by the government,” Fu said. “I really hope that everyone can just share it with other people, use social media to spread social awareness of this, and to let more people know.”

Chao described how one might go about stopping these human rights violations in three different ways: diplomatic relations, sanctions, and shame.

“I think the power really rests in the hands of government,” Chao said. “At this point, with governments not really speaking out about these violations, not even acknowledging that they occur, I don’t know that those three options are possible.”

This leaves us with a government that chooses not to take action and a civil society made up of activists and refugees.

“I think it’s just really going to have to just rest with us pressuring our governments to do something.” Chao said.