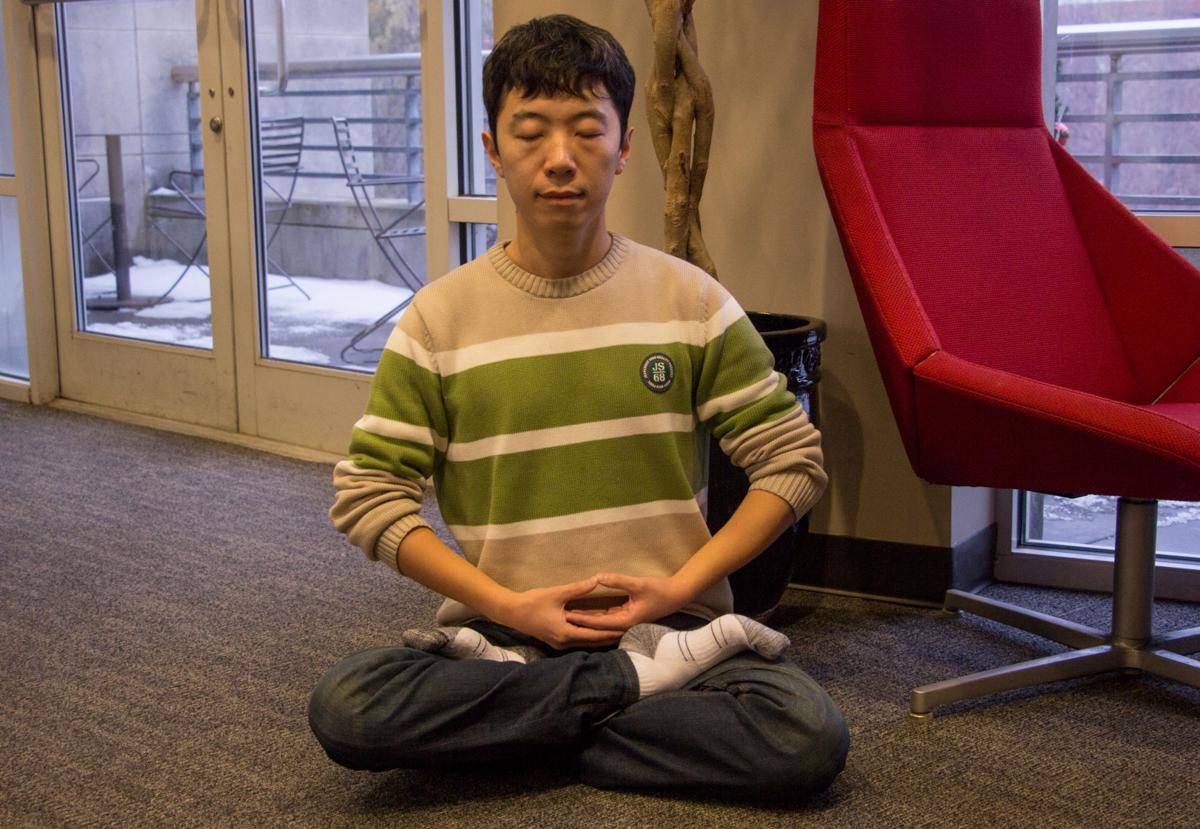 Two years ago, Jianghao Wang landed in Omaha, Nebraska, and stepped foot on American land for the first time. But, it wasn’t until he was walking through downtown Lincoln that he knew this was where he belonged.

Wang, a graduate student in computer science at the University of Nebraska-Lincoln, left his home in Wuhan, China, four years ago. He spent two years in South Korea studying for his bachelor’s degree in computer science before moving to Nebraska to work on his master’s degree.

This semester, Wang started a recognized student organization at the university called Friends of Falun Gong Club. Falun Gong, also known as Falun Dafa, is a Buddhist spiritual practice that originated in China.

“Falun Gong includes meditation practice, but the main principle is three words: truthfulness, compassion and forbearance,” Wang said. “We believe, by following these principles in our daily lives, we become a better person.”

Since the club is fairly new, Wang said it has yet to hold any formal meetings. For now, current members of the club meet when they can on Fridays around 5 p.m. to meditate outside or, if the weather doesn’t permit, at the UNL Campus Recreation Center.

Parvez Rashid, a graduate computer science student and member of the Friends of Falun Gong Club, said although he only started practicing Falun Gong about a year ago, he really enjoys it.

“I find it interesting that we do meditation for about an hour, and for that whole hour, I don’t think about anything,” he said. “My whole body feels relieved and relaxed, and it’s a really good experience.”

Rashid said he admires Wang for his dedication to the club. According to Rashid, Wang puts a lot of time into practicing and supporting Falun Gong.

“He is really into this,” he said. “His whole day revolves around his research and Falun Gong.”

As an international student, Rashid said working toward a Ph.D. makes it difficult to find a lot of friends. But, Wang is someone he can always talk to, he said, because he views Wang as a genuine person.

“Putting the practice aside, as a person, [Wang] is really good, and he thinks differently and really tries to do good,” Rashid said.

Wang said he started practicing Falun Gong because of his mother, who was diagnosed with tuberculosis in the 1990s. At the time, it was hard to find a cure in China, so his mother tried several different Chinese medicines and other spiritual practices in hope of finding something that would help her.

“After she started to practice Falun Gong, she was cured within half a year and became even healthier than before,” Wang said. “So, that proves to me that it works.”

According to Wang, he was around the age of seven at the time his mother was cured. He admitted he didn’t know much about the practice of Falun Gong at first, as he would only follow the movements and principles. It wasn’t until about four years ago, he said, that he started actively practicing it and understanding it.

“I was 27, and I thought to myself ‘I don’t want you to be this chaotic,’” he said. “I’m thinking that I want to be good, not just for myself, but also for society.”

To further his practice of Falun Gong, Wang participates in meditations and exercises with the Nebraska Falun Dafa Association in Omaha every Saturday. He also helps petition to stop the organ pillaging of Falun Gong practitioners in China.

According to Wang, believing and following this practice in China comes with a high price. In 1992, Falun Gong became extremely popular in China, and by 1999, there were over 100 million practitioners. The Chinese government viewed this growth as a threat, so it sought to eliminate the practice.

“I cannot go back to China,” Wang said. “Since 1999, practitioners in China have been under prosecution.”

When his family would practice Falun Gong in China, Wang said they would only do it in the house with all of the curtains drawn. He said it took him two to three months after moving to America before he felt brave enough to practice Falun Gong meditation outside.

“My mom supported me coming here because it’s safe, and I can practice openly,” he said. “I will often sit outside by the library and just meditate because I can.”

With his girlfriend and mom still in China, Wang said he is saddened he can’t see them. Although he tries to talk them into coming to America, he said their fear of never being able to return is what holds them back.

Although Wang yearns to see his loved ones again, he said he cannot go against his beliefs. Practicing Falun Gong, he said, reminds him that no matter how difficult life can be, he is still moving forward and doing something meaningful to him.

“The good thing is that I can share this now,” he said. “I can share not only the bad parts in China but also the good parts of the practice because we believe the good always prevails.”