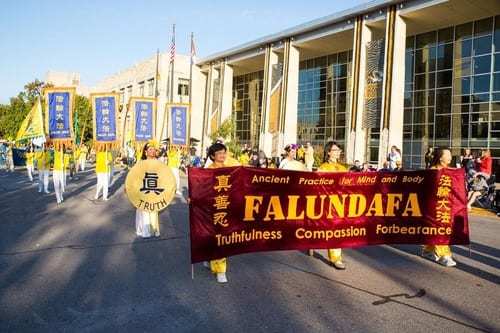 Some 10,000 spectators lined the streets of downtown Columbia to watch more than 130 groups perform in the University of Missouri-Columbia homecoming parade, one of the largest in the nation. Among the participants was the university’s Falun Dafa Club. 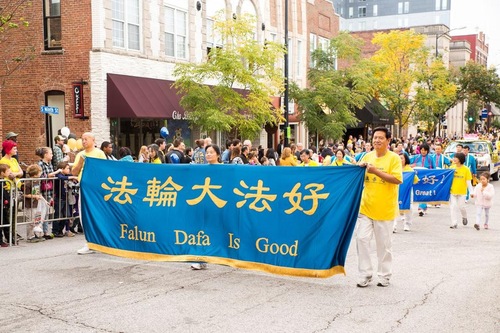 The Falun Dafa club’s procession featured “celestial maidens” and drummers in Tang dynasty-style costumes, and a float decorated with lotus flowers, a symbol of purity amidst adversity. The float, the banners, and all the decorations were hand-made by Falun Dafa practitioners. 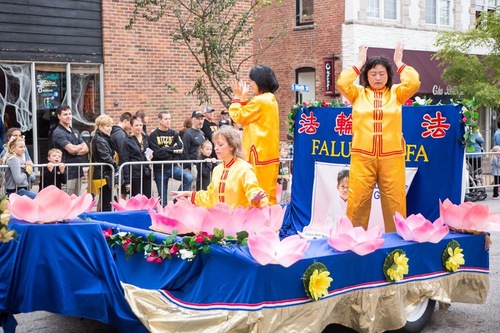 Eighty-one-year old Mr. Hsu, who was in charge of the float decorations, only had three hours of sleep the night before the parade.

“But I don’t feel tired,” Mr. Hsu said. “I really want to bring the beauty of Falun Dafa to the public. I believe that it is the practice that makes me so full of energy.” 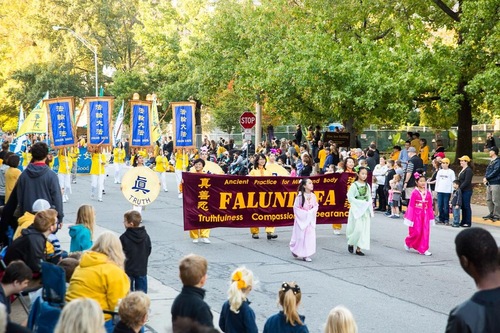 Many Chinese students were surprised to see Falun Dafa, also called Falun Gong, in the parade. They took photos and waved to the group.

“This is the real Falun Gong,” one of them shouted. “You cannot see it in China!” 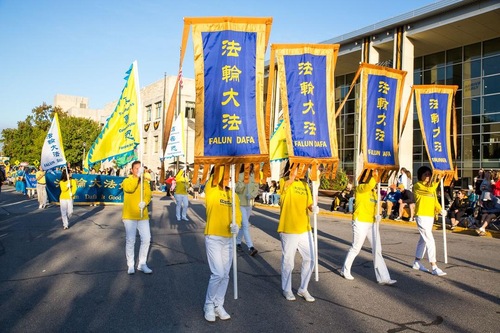 Falun Gong practitioner Ms. Dong was happy to join the parade. She said: “My biggest wish is to tell the public, especially the overseas Chinese community, what Falun Gong really is.” 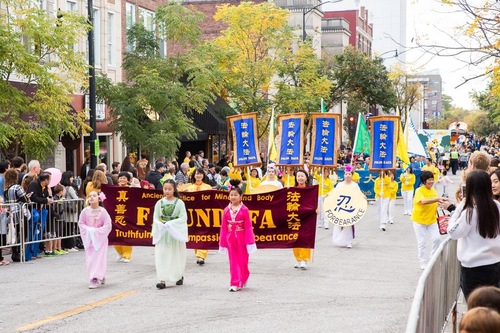 The Falun Dafa club at the University of Missouri was set up in 2016. It holds free workshops every week and is popular among students and faculty.

One student member said, “Not only is it free, but it also helps one to improve the body and mind.”

Another member said that he can feel the energy field during the meditation. “It helps me to focus when studying,” he said.